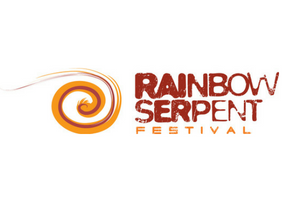 Rainbow Serpent Festival (RSF)  is one of Australia’s premier electronic music events, as well as one of the world’s most renowned festival experiences, entertaining tens of thousands of punters every year in its rural Victoria location. RSF maintains a deep connection with both the area’s local community and the traditional indigenous owners of the land. Treecreds have worked alongside Rainbow Serpent’s organisers for the past five seasons in different capacities to help improve its environmental sustainability, as well as to raise consciousness in relation to the importance of both the local fauna, as well as investing in forest based carbon offsets.

The Treecreds Carbon Carpass has proved essential for pursuing environmental sustainability for the event. The Treecreds team has greeted attendees at the gate and offered them a carbon-offset carpass in a bid to offset their transport emissions associated with travelling to and from the event. The standard Program was introduced in 2013. Later programs incorporated the RSF bag recycling program, so that $10 at the gates bought incoming punters both their carbon offset as well as bags for rubbish and recycling and $5 was refundible at the end of the festival.

Since 2016, RSF has managed their own presale vehicle pass, but continue to engage Treecreds to take transport data at the gates and conduct a detailed transport assessment. This assessment enables RSF to estimate the transport emissions associated with incoming punter vehicles as well as passenger coaches.

Treecreds is overjoyed to be a part of a festival with such a strong cultural heritage, which boasts more than 20 years history in the Australian music scene.